Nuclear power is a type of energy that comes from uranium. It is unique because it can help us avoid using fossil fuels. It has environmental and social benefits. However, mining uranium can harm the environment if not done responsibly. Radioactivity can also be hazardous if there is an accident. And no one wants nuclear waste in their backyard.

On the other hand, nuclear energy can supply a consistent stream of power while emitting no coal or natural gas. It is not as susceptible to the on-and-off nature of solar and wind energy.

In a recent infrastructure package, the United States put aside billions of dollars to assist the next generation of nuclear reactors. The European Commission is developing a draft language that would include nuclear power “as a method to support the transition to a largely renewable-based future.” On the supply side, the recent unrest in Kazakhstan, the world’s largest uranium producer, has contributed to increased prices.

The price of uranium futures has increased by around 40% in the past year. Investors might explore the following options for gaining exposure to anticipated future price increases:

Risks of Investing in Uranium

Before investing in uranium, investors should consider the risks. Matthew Tuttle, CEO of Tuttle Capital Management, warns that the uranium market is volatile. Any commodities-related investments can be very volatile because they are closely tied to the economy. That is especially true for uranium, which also fears radiation and accidents.

Jeff Burrow, the lead advisor with Sierra Ocean, says that uranium prices are susceptible to how people feel about it. If the citizens of a country stop wanting nuclear reactors, there will be less demand for uranium, and its price might go down.

Suppose you are willing to take a risk and hope for a reward. In that case, one way to invest in uranium is to buy stocks of companies focusing on mining uranium. Cameco Corp. (ticker: CCJ) and Kazatomprom (KAP) are good examples. There are also smaller producers such as Energy Fuels Inc. (UUUU) and Ur-Energy Inc. (URG). If you choose less risk, invest in equities of diversified uranium miners such as BHP Group (BHP) and Rio Tinto Group (RIO) (RIO).

Investing in diversified miners does give some exposure to uranium while at the same time providing a cushion if prices for that commodity fall. But putting money into smaller companies focused on radioactive metal can offer more rewards if uranium prices rise because these companies expect the price of uranium to go up in the future.

There are risks associated with investing in individual mining stocks. Such risks can include:

People who want to invest in the mining sector and other players in the nuclear energy industry but don’t want to pick individual stocks can use exchange-traded funds. These funds invest in various stocks yet trade under a single ticker on an exchange.

When uranium prices are volatile, adding nuclear utilities can help. When the metal’s price goes down, the utilities that need to buy it don’t lose as much money. Utilities are also considered good investments during an economic downturn because people will always need electricity. However, uranium demand might decrease in an economic recession because manufacturers won’t need as much electricity.

You can trade uranium futures, but you should only do this if you are an expert. The CME Group Inc. (CME) offers monthly contracts in U.S. dollars per pound. Each contract unit is 250 pounds, but because they are financially settled, you can’t take delivery of that and end up with a pile of fissionable material on your lawn.

Burrow says that using futures contracts to invest in uranium is a difficult thing to do. Futures contracts are always volatile, but the lack of liquidity in uranium makes this type of investment even riskier. Investing this way is not advised unless you want to gamble on the price movement.

Another way to invest in uranium is to buy Sprott Physical Uranium Trust shares. This trust is the only publicly listed one holding physical uranium. As of January 7th, the trust had amassed 42.7 million pounds of uranium, up from 18.1 million pounds when it launched in July.

Another investment option is Uranium Royalty Corp. (UROY). This company invests in uranium companies in return for royalties or other interests. It also buys physical uranium. Uranium Royalty Corp. claims it is ideally positioned to give cash to the sector, which has to invest heavily. There is enough nuclear energy to enhance global uranium production, which does not emit greenhouse gases.

How to Buy Uranium Stocks 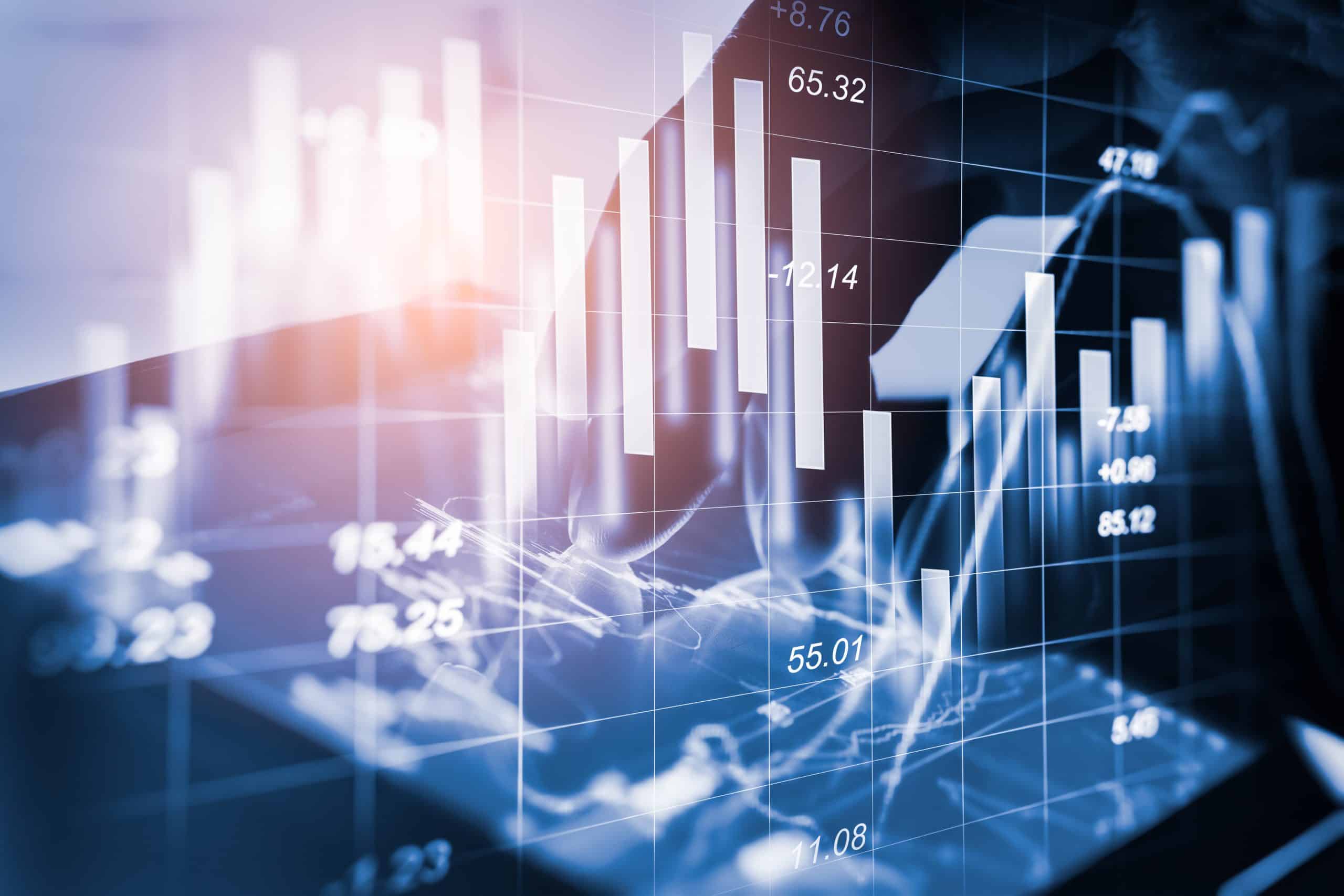 As the demand for nuclear power increases due to its carbon-free energy production, the prices for uranium used as fuel for these plants have also increased. Because there is no commodities market for the radioactive mineral, investors have purchased stocks and exchange-traded funds tied to uranium mining and processing companies. Here is what you need to know if you want to invest in uranium.

Uranium is mainly used to power nuclear fission plants. These plants produce about 10% of the world’s electricity. Compared to renewable energy sources like wind and solar, uranium is a more reliable option that doesn’t have emissions.

Uranium is a resource that is mined in many countries. The biggest producers of uranium are Kazakhstan, Canada, and Australia. The US uses the most uranium. Uranium prices fell sharply after a nuclear power plant accident in Japan in 2011. But demand for uranium is reviving today and is expected to continue because some countries are trying to meet the requirements of international agreements to reduce global warming.

Can You Invest in Uranium?

Due to its radioactive nature, investing in or trading on physical uranium is impossible. However, another way to gain exposure to this commodity is through the stock market.

To trade on the price of uranium through shares and exchange-traded funds, follow these steps: 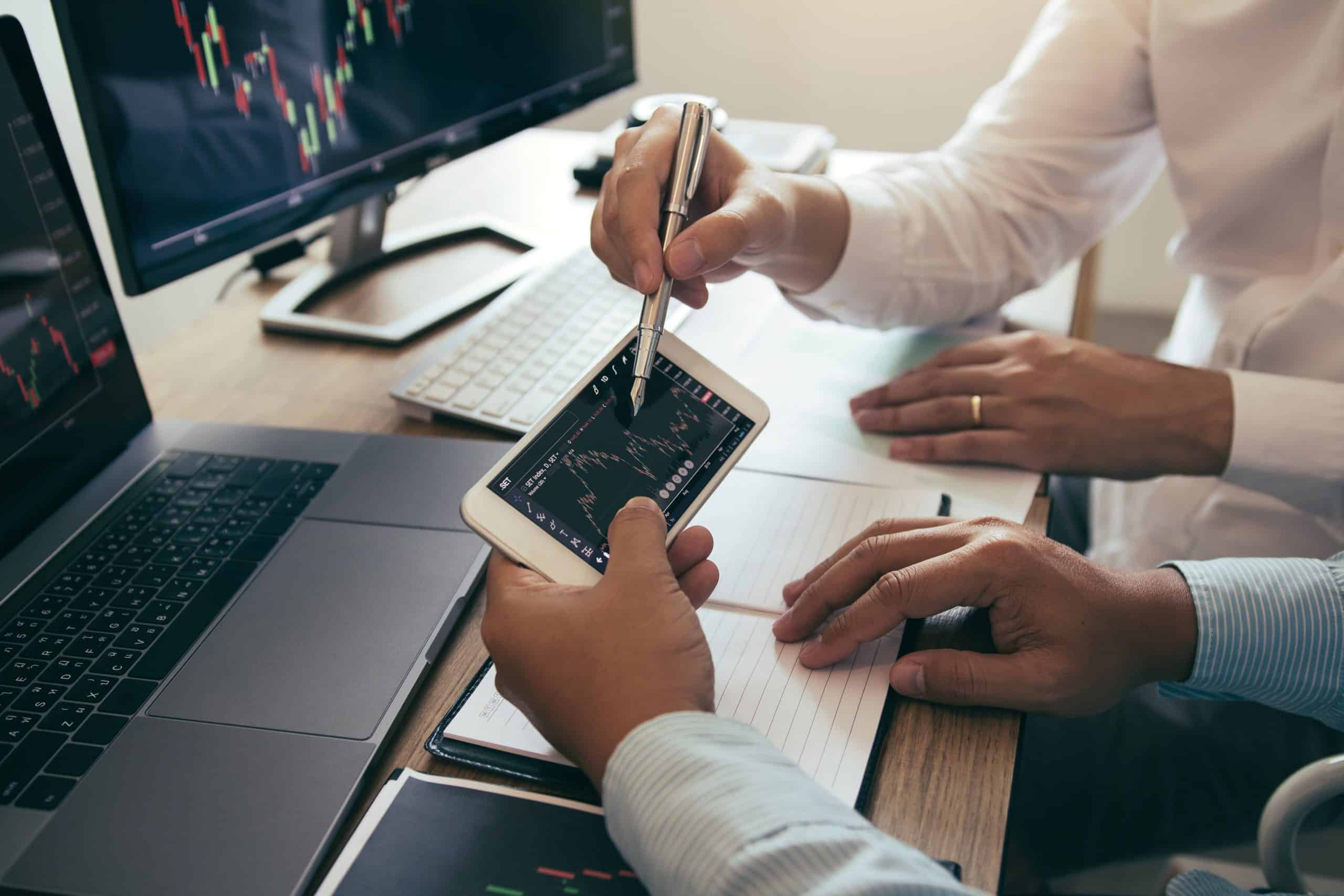 Cameco is a publicly traded uranium company that was founded in 1988. It is headquartered in Saskatoon, Canada. The company can produce more than 53m pounds of uranium concentrates annually.

Companies operate uranium mines in a variety of countries. The United States of America, Canada, Kyrgyzstan, Mongolia, and Australia are among these countries. Furthermore, the firm owns 1.7 million acres of land. This land is used to produce uranium and nuclear fuel products so that electricity can be generated at nuclear reactors worldwide.

Uranium Energy is an American uranium mining and exploration company. The company began in 2003, and its main office was in Texas. It focuses mainly on projects in the southwestern US, in the states of Texas, Wyoming, Arizona, Colorado, and New Mexico. Uranium Energy also has operations in Paraguay, which has some of the highest-grade Ferro-Titanium deposits in the world. The company has one of the US’s largest databases of historical uranium exploration data. Uranium Energy is dedicated to providing low-cost fuel for emission-free electricity so that it can help contribute to a cleaner environment overall.

Rio Tinto is a mining company that was founded in 1873. It is headquartered in London and is one of the largest producers of uranium in the world. The company also mines other precious metals and commodities, such as gold, diamonds, copper, aluminum, and iron. In 2020, Rio Tinto’s CEO stepped down after the company destroyed sacred caves in Australia.

Fission Uranium is a Canadian mineral exploration company that focuses on finding uranium. The Athabasca Basin, where this project is located, is known for its high-quality uranium deposits. Fission Uranium was founded in 2013 and has made several significant discoveries since then, including being named Mining Persons of the Year and Exploration of the Year.

Energy Resources is an Australian mining company. It is a wholly-owned subsidiary of Rio Tinto, the parent corporation, which holds around 70% of the business’s shares. Energy Resources is one of the most significant producers of uranium worldwide. It owns a portion of the Ranger Mine, responsible for producing 3.8 million pounds of uranium in 2019.

ERA sells its product to electric utility companies across Asia, North America, and Europe. The company has previously been criticized for over 200 environmental incidents at the Ranger Mine.

BHP is a multinational mining corporation that was established in the year 1885. Its headquarters are in Melbourne, Australia, and its primary business is manufacturing metals and petroleum. The corporation’s market capitalization is substantial, and it manufactures various products, including uranium, iron ore, copper, coal, oil, and nickel.

This company owns the Olympic Dam mine in Australia. This mine is one of the largest uranium deposits in the world. It produced 6% of the total global supply in 2019, and it has estimates of 347,000 tonnes of contained uranium oxide.

Uranium Participation Corporation is a Canadian company that invests most of its money into uranium. The business wants uranium prices to rise, so its holdings are worth more.

Yellow Cake is a British company that was founded in 2018. It has its headquarters in Jersey. The company offers people the chance to buy uranium without any risks associated with mining, exploring, or processing it. Yellow Cake mainly buys uranium oxide.

Yellow Cake buys uranium from the world’s largest seller, Kazatomprom. It buys uranium on the spot market, which means it buys when it is available. It offers shareholders exposure to the price of physical uranium. 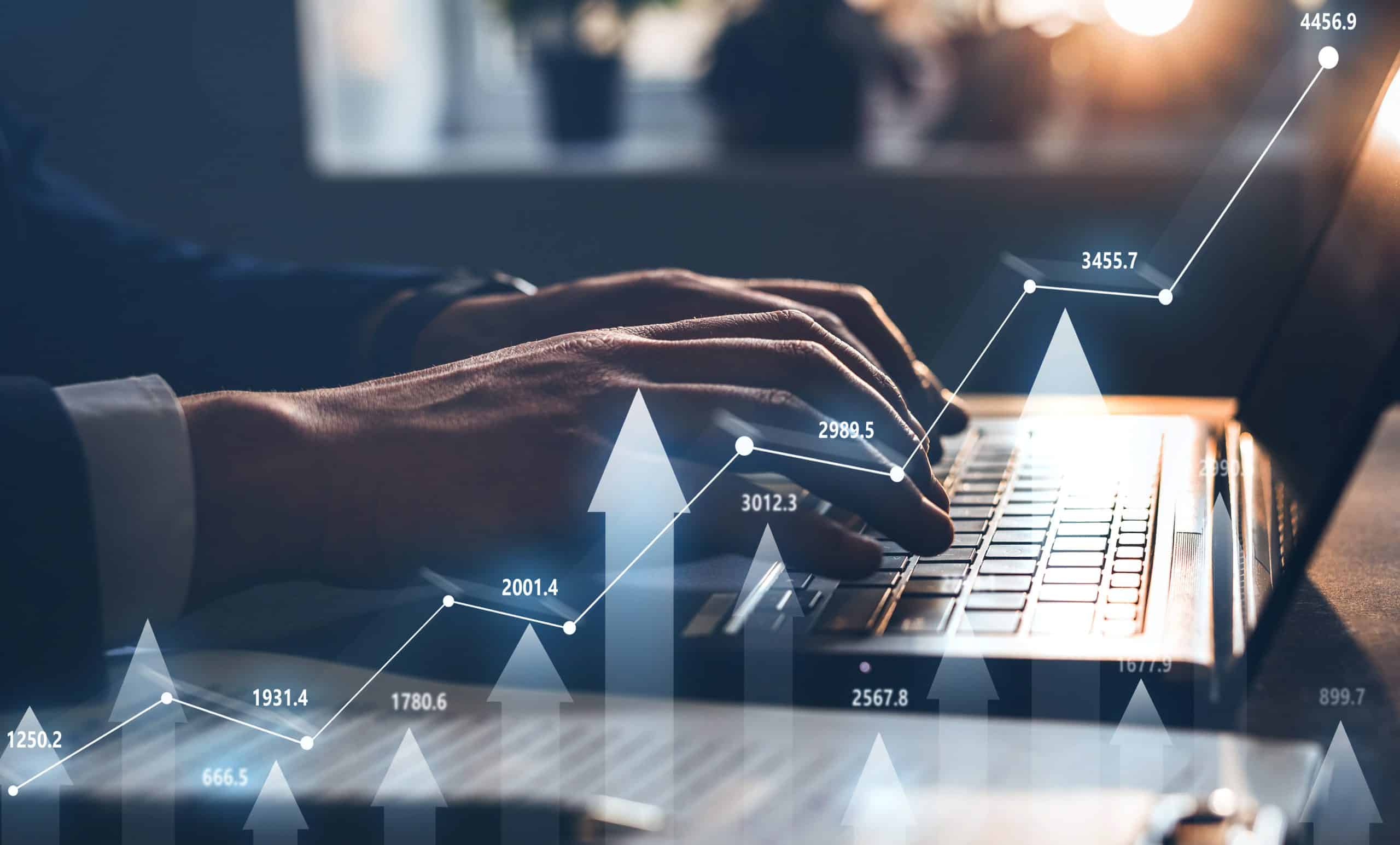 It is in part because of worries about global warming. Uranium can’t be traded like other commodities. Still, investors can purchase shares in several public companies involved in mining, processing, and selling the mineral. ETFs that invest in baskets of uranium- and nuclear-related companies create a diversified uranium portfolio.

Uranium prices are believed to be going up over the long term. However, there are risks associated with investing in uranium. Booms and busts have marked the field. And its direction can change quickly based on public policy and sentiment toward nuclear power.

Is Uranium a Good Investment in 2022?

Uranium experts predict that the price of uranium will surge significantly in 2022. Because the supply is unlikely to rise soon, you should be prepared for volatility. You could invest a small portion (less than 5%) of your portfolio in uranium stocks.

Why Do We Invest in Uranium?

Uranium is being used more and more to fuel electricity. It means that the demand for nuclear power and uranium is going up. People who invest see this as a good sign because it means there is potential to make money from the demand.

Will Uranium Prices Go Up?

The price of uranium will reach $66.17 in the next year. This number could change depending on what happens in the market. Sprott Physical Uranium Trust is buying a lot of uranium right now, which could cause the price to go up.

Will Uranium Prices Continue to Rise?

Assumptions made by analysts and global macro models at Trading Economics are uranium will trade at $48.07 a pound by the conclusion of the current quarter. We estimate it to trade at $52.59 in 12 months.

Uranium is naturally radioactive. It means uranium atoms are unstable and will decay over time by emitting particles and energy. Uranium slowly breaks down by sending out an alpha particle. Uranium-238 has a half-life of about 4.5 billion years. It means that it is not very radioactive.

Why Are Uranium Stocks Rising?

There is a growing electricity demand, fueling the demand for nuclear power and uranium. Investors see this as a sign to invest because they believe there is potential to make a profit.

Why Are Uranium Prices Falling?

Uranium spot prices went down a lot in the week of April 22. One of the biggest buyers stopped buying as much. The global economic outlook stayed weak because of the war in Europe, inflation, and an energy shortage.