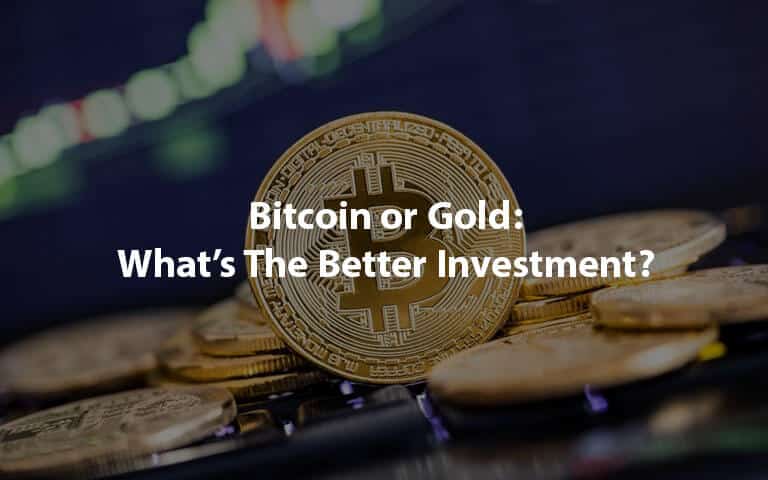 Bitcoin is the cryptocurrency that has recently dominated the news. You can’t turn on the TV or read an article without seeing something about it. But some people still believe gold is a better investment, and they make some excellent points. This blog post will compare bitcoin vs. gold to help you decide which one of these two assets makes sense for your portfolio.

Both gold and bitcoin are seen as a hedge against inflation, but for different reasons. Gold has been used as a tangible store of wealth for ages because it does not corrode or tarnish over time as other metals do. It also doesn’t have any counterparty risk (the risk that the other party in a transaction won’t fulfill their end of the bargain), meaning you can be sure that your investment will always hold its value. Bitcoin, on the contrary, is digital and intangible. The reason it’s seen as a hedge against inflation is that there’s only a finite number of them that will ever be created (21 million, to be exact). This means that, unlike fiat currency, there isn’t an unlimited supply that could devalue your holdings.

Another difference between these two assets is how they perform in different market conditions. Gold has historically done well during times of high inflation and political or economic uncertainty because it’s seen as a safe-haven investment like real estate and other intangible investments. But bitcoin doesn’t behave this way. You’ll often see its value rise when it surpasses gold’s market cap become more stable (and also fall much faster than gold when things turn negative). It performs similarly to the stock market rather than precious commodities like gold.

Which Is a Better Investment for You 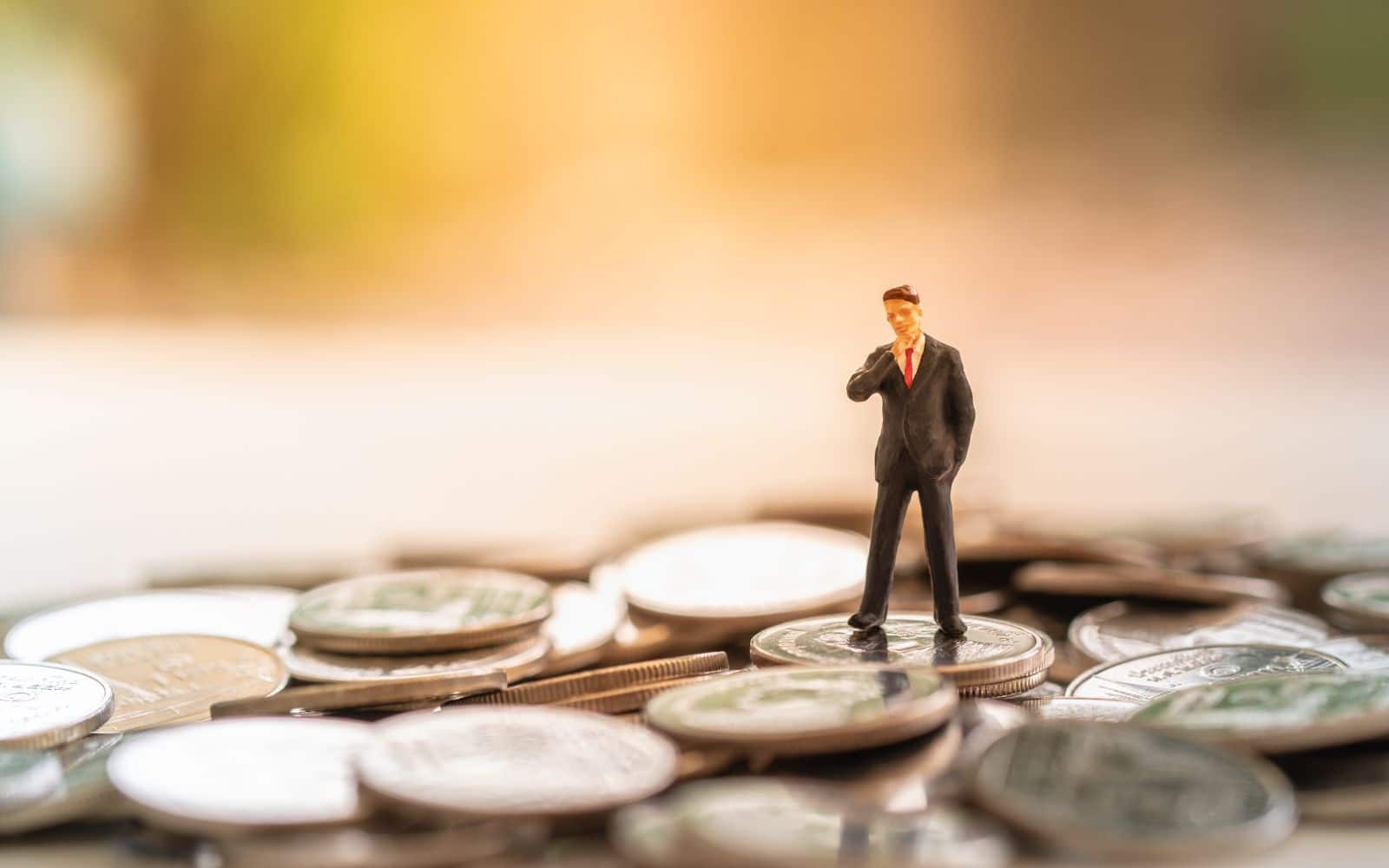 Investors are worried about losing money because of inflation. But it is possible to buy currency at the current price. This digital currency is called Bitcoin. It can be an excellent option for you, particularly if the traditional investment becomes less popular in the new digital economy.

Gold is a costly and rare commodity used in creating items like apparel, accessories, or jewelry. Gold is not produced frequently enough to cause the country’s currency or government printout money to be depleted. Gold does not have any impact on currencies or stocks.

Gold is a metal that has been used for money for a long time. People use it because it stays the same amount of money even if you sell or buy things. Gold can protect people from the risk of losing value, and people will be able to buy it if they want to increase their wealth. When more and more people invest in gold, prices also increase quickly. If you want to try gold investment, you can always purchase SPDR gold stocks to start with.

Bitcoin Bursts Into the Scene 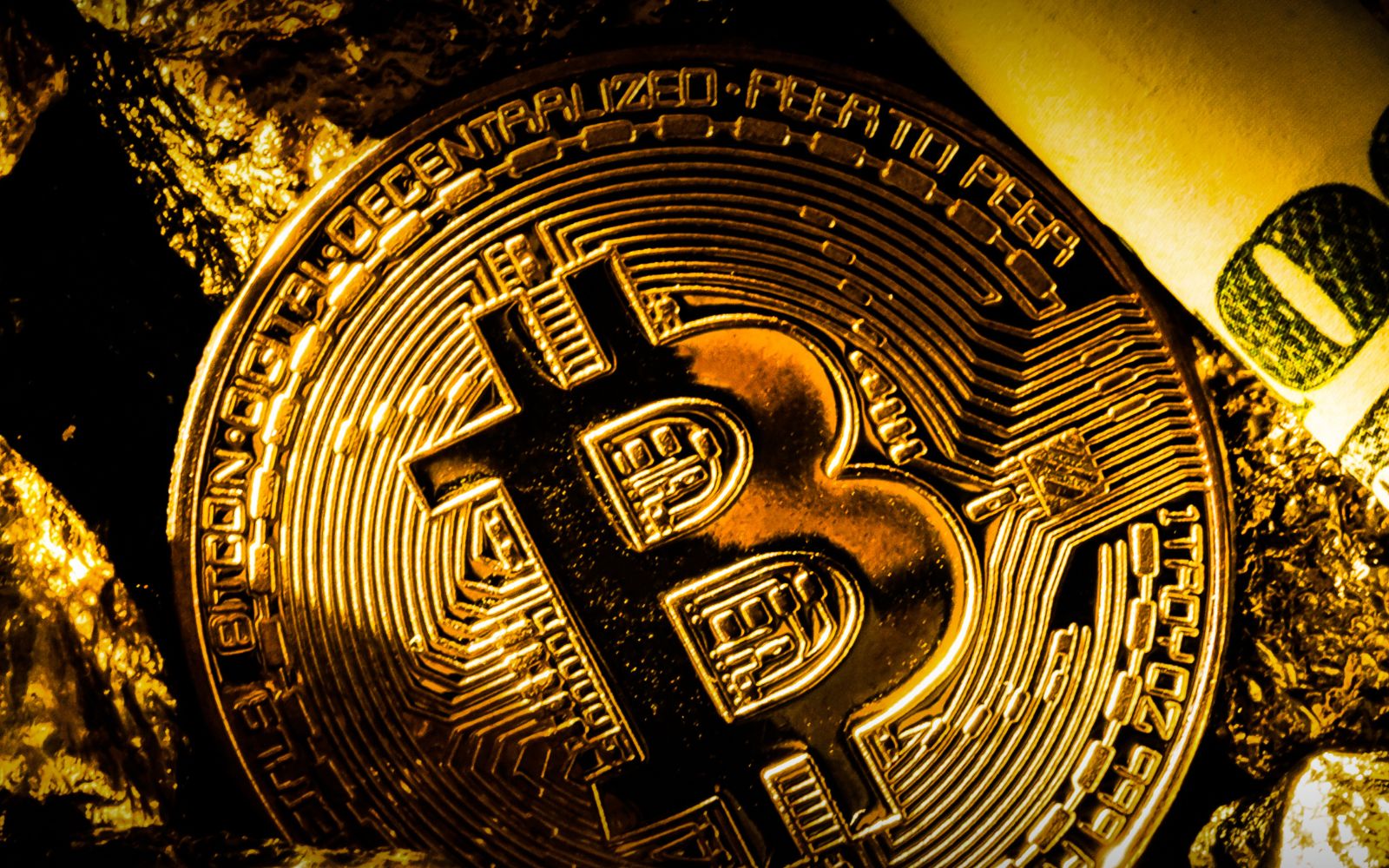 The Bitcoin blockchain adds value to its gold counterpart in exchange for greater security and liquidity. For a reason, Bitcoin has been called digital gold because its connection to other assets is so low compared with other assets. When compared to bullion, bitcoin and gold are identical; however, unlike bullion, bitcoin does not have a bank account or federal financial institution.

Gold has been utilized as an international currency for more than 2,000 years. As he argues, Bitcoins can be helpful for the speculative purposes of being a little more than security for money. Gold’s average daily price rose 1.33% from 2014 to 2020 and was at its lowest level daily last year. Bitcoin can easily be redeemed or exchanged into a single market. In fact, gold reserves in global economics reach 3.7 trillion.

I know that gold and digital currencies can get more valuable in a tight economic situation. Gold is a precious element that you can find on the ground. It takes up just one-third of its value, but it is still valuable. Bitcoins are much more vulnerable to hackers than gold. Still, they can provide a useful storage solution, even when some risk is involved.

The assets might lose value if managed with a good investment strategy. The latest study by the United States Treasury Department found that fewer stocks could be owned solely because of an ownership plan, and this would not violate or compromise the economic interests or public interests.

Both Gold and Digital Gold

The gold market has long been the dominant safe harbor asset market. Still, Bitcoin debuted a decade or so after winning its first Bitcoin award. We’ll compare both alternatives head-to-head.

In 2018 Bitcoin’s price reached its world’s highest by reaching $20,000 per Bitcoin. One year later, Bitcoin began to sell for almost $500.50. This means that gold does not have any volatility and is safer than other assets in the market.

Recently, there have been many different kinds of new cryptocurrencies trying to be more stable than Bitcoin. It’s also the smallest. That means that it is almost as strong as gold used to be, but now its current price is at some low levels.

The use of metal in various ways has been known for centuries. It is used in jewelry and in medical devices such as dentistry, electronics, and more. Blockchain technology was one of the earliest types, and it is now very innovative.

Therefore, it will help the company become more valuable because it will do much more than other technologies can. Most people do not have a credit card or cash. They can use bitcoin to transfer money without paying for anything else. Bitcoin might need to get better before it could be used by people who don’t have access to central banks.

Currently, the gold trading and counting systems are mainly intact. This is because they have cryptography. They also have a kind of computer system where everything is decentralized. It’s legal as Bitcoin has not yet had enough power to control it powerfully. After the Mt Gox earthquake, numerous people lost over $400M, causing legal issues still unresolved. The legal matters related to the Mountain Gox situation remain unclear now and before the incident. 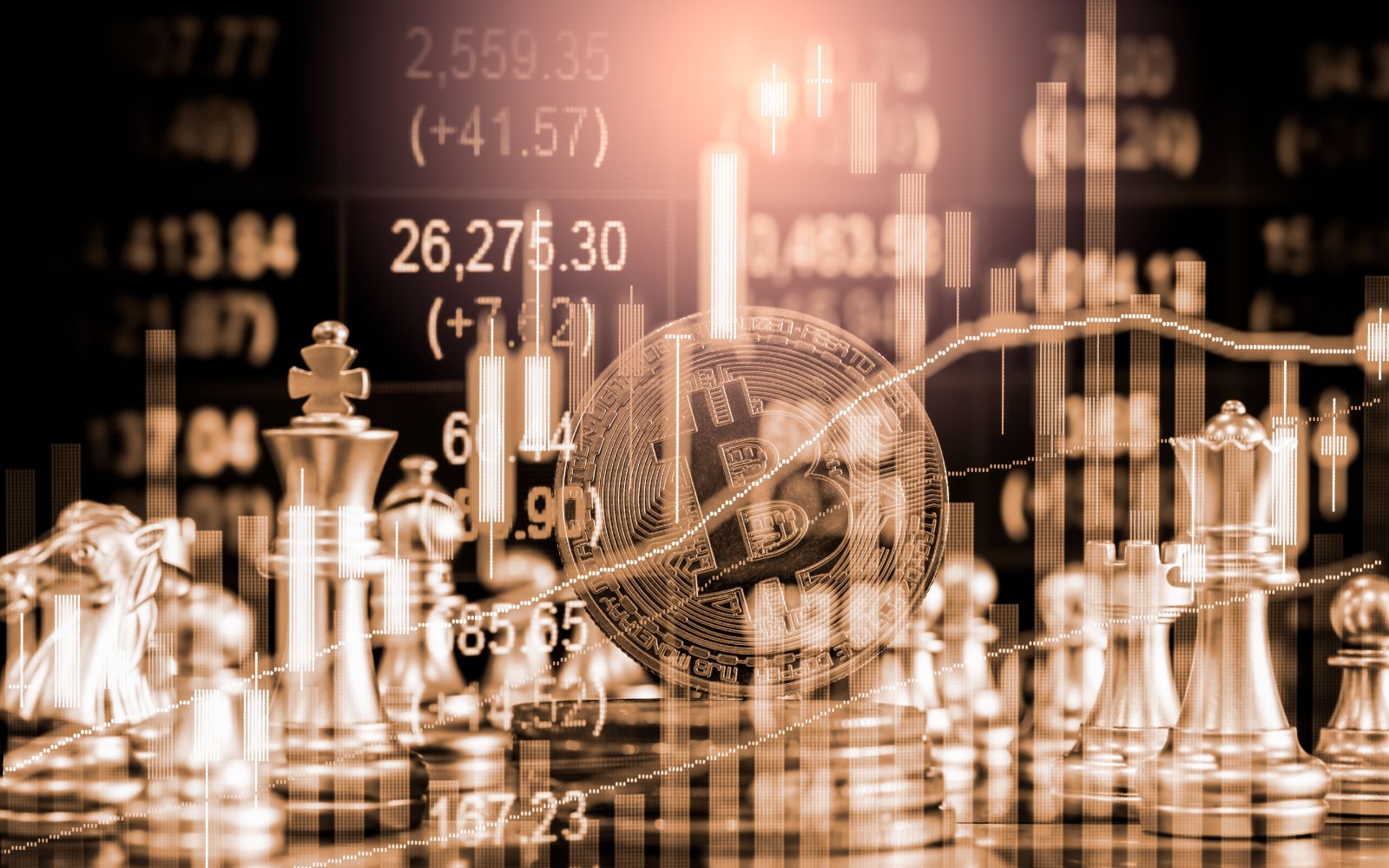 Physical gold is scarce. With the rise in Bitcoin mining, more gold will be available at some point before 2040. Right now, there are about 200,000 bitcoins available, but this number may not be as valuable as we expect it to be. Other reports show that people have found gold on stars and asteroids. The company will probably try it sometime in the future. 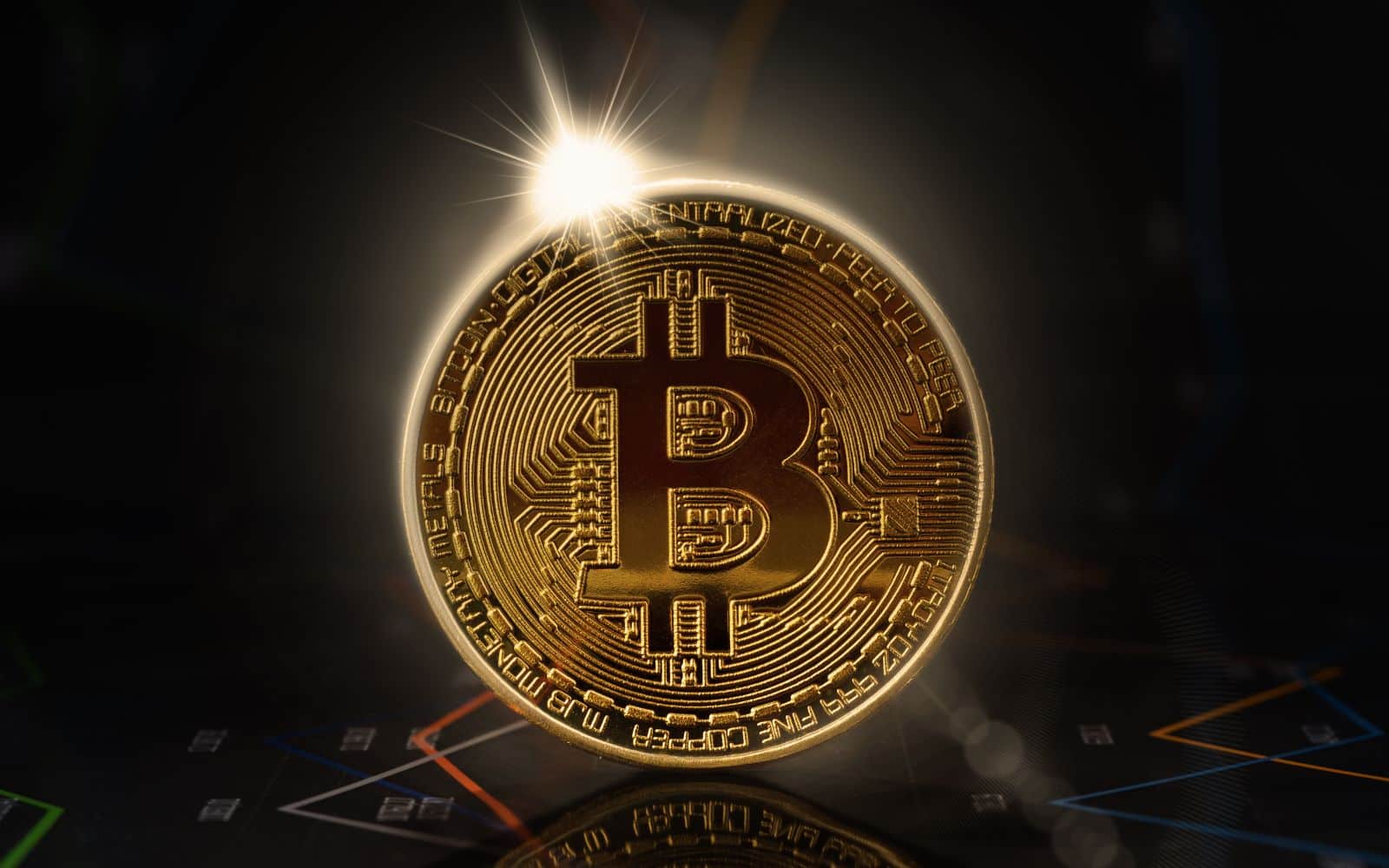 Is Bitcoin a Better Investment Than Gold?

There are several distinct techniques for capturing and controlling an Ethereum bank account using a bitcoin exchange compared to gold-based assets. There is some evidence that Bitcoin resembles precious metal gold. Although the Bitcoin blockchain system has potential application uses.

Is Bitcoin Competing With Gold?

Cryptocurrencies are gaining in popularity. They may indeed be valued differently than gold on the blockchain and cryptocurrencies. Over the past year, gold significantly outperformed Bitcoin, increasing by more than 127%. Meanwhile, silver decreased by 1.75% over the same period.

Bitcoin has a good measure of the value of cryptocurrencies. Bitcoin is the biggest cryptocurrency, but other ones have come along and tried to be like it. Bitcoin’s price was highest in 2021 and will reach $68,000 by October 2021.

Is Bitcoin or Gold a Better Investment?

Gold can help you save money and protect your money. You can invest in gold if there is a big problem with the dollar or if the stock market is going down. Bitcoin has more risk, but it might be worth it if you want to work on your risk level and try something different.

To learn more about whether Bitcoin is a good investment, click here.