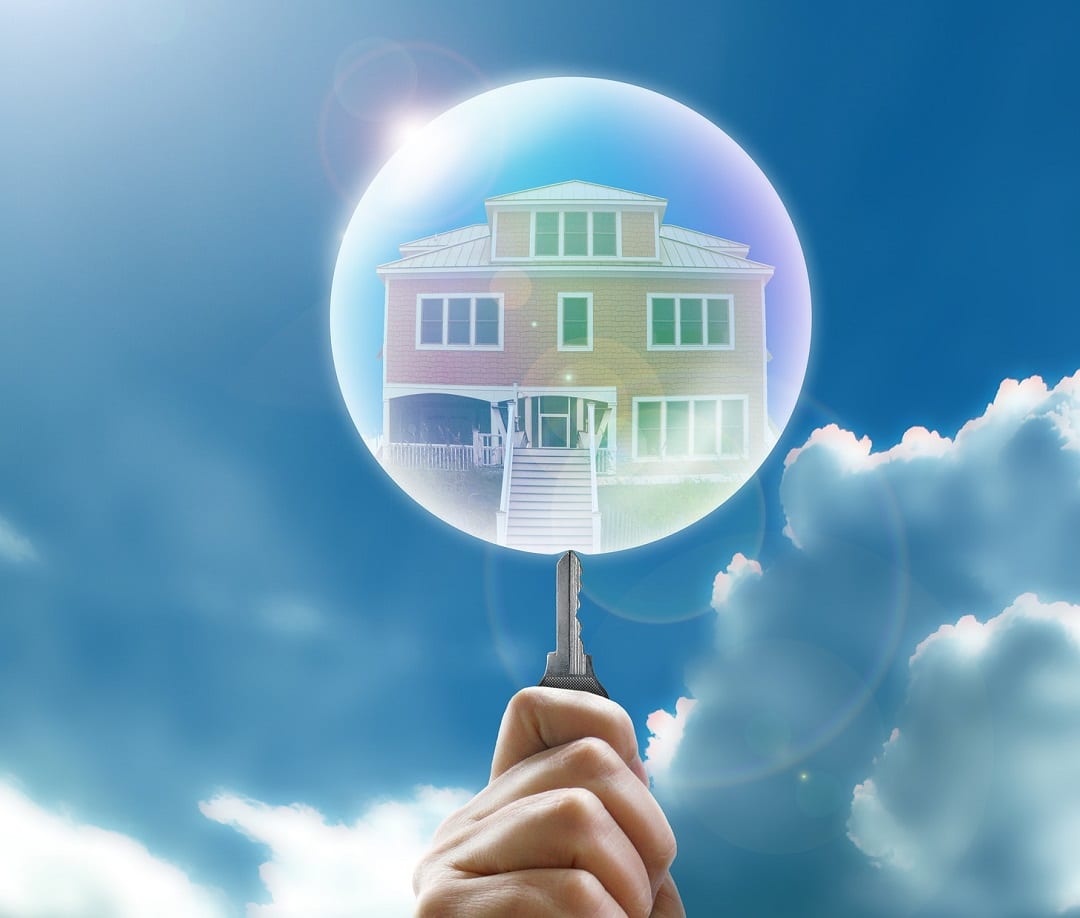 For four long years, Ed DeMarco was the biggest roadblock to economic recovery in America. He refused to use his power as head of the Federal Housing Finance Agency (FHFA) to help underwater homeowners by reducing mortgage principal balances. To make matters worse, he also refused to allow Fannie Mae and Freddie Mac (the government-sponsored enterprises that buy mortgages from banks) to reduce monthly payments for struggling borrowers through refinancing. And now it's all over: President Obama asked DeMarco to step down at the end of March 2014.

How It All Went Wrong

On Wednesday, Washington gave community activists and homeowner groups some good news. President Obama announced the removal of Ed DeMarco, the Bush-appointed acting director of the Federal Housing Finance Agency (FHFA), which regulates Fannie Mae and Freddie Mac, the bailed-out mortgage financiers that together own or guarantee 60% of all mortgages in the United States.

For more than a year, opponents of DeMarco have waged a "Dump DeMarco" protest because of his refusal to demand that banks modify "underwater" mortgages at the borrower's request. Both Fannie Mae and Freddie Mac have refused to let banks write down mortgage principal for underwater homeowners at DeMarco's behest. He labeled such debt forgiveness a "free lunch," implying that it would discourage homeowners from paying their loans.

The Obama administration said write-downs would save money by lowering the chances that homeowners would default on their loans. The Congressional Budget Office reported this week that even a small mortgage principal reduction initiative (which only affects 95,000 households) may save taxpayers up to $2.8 billion.

The Obama administration has expressed support for "principal reduction," which allows people to have their mortgage principal reduced by the amount of any fair-market gains they've made, since it is a way to help homeowners who have been defrauded on their homes. However, until recently, the president was unwilling to fire DeMarco, who Bush appointed in 2009 as head of Fannie Mae and Freddie Mac.

Pressure to get rid of DeMarco has been growing from both consumer advocates and elected officials irritated by his obstinacy in assisting customers and his refusal to punish financial institutions for their mistakes.

In February, members of the Michigan Organizing Project, a community activist organization, placed banners on overpasses across Detroit denouncing “Obama: Dump DeMarco.” In March, before a House committee hearing that was broadcast on C-SPAN, protesters interrupted DeMarco's comments.

In May, nine state attorneys general — including New York's Eric Schneiderman, California's Kamala Harris, and Massachusetts' Martha Coakley, who had pressed for a $25 billion settlement to assist distressed homeowners last year — called on Obama to replace DeMarco. “Our nation’s economy will never fully recover until we address this foreclosure crisis,” Coakley said then.

More than 500 protestors, including members of National People's Action, a national network of community organizing organizations, showed up outside DeMarco's house in Silver Spring, Maryland on April 21 to protest against his policies. They carried 15-foot puppets of the federal housing official and signs that read "Save Our Homes" and "Dump DeMarco."

Activists in other cities have taken to the streets to demand that Obama fire DeMarco and raise public awareness about the housing emergency.

The DeMarco campaign is one of many efforts to hold Wall Street banks accountable for the recession, the foreclosure crisis, and their refusal to assist families who are struggling due on no fault of their own. The crusade has been driven by a motley collection of community organizations, consumer groups, MoveOn.Org, and labor unions representing the New Bottom Line, Home Defenders League, Coalition for a Fair Settlement, and Americans for Financial Reform.

Banks began to prey on people's basic financial security in the early-to-mid 2000s, leading to millions of low-income and middle-class families losing their main source of wealth through foreclosure. Millions of middle-class and low-income homeowners have watched their major asset shrink in value, their communities devastated by plunging property values, their cities devastated by dramatic drops in property tax revenues, and their future economic security destroyed.

Since 2006, more than four million families — disproportionately people of color — have lost their homes. Another four million are now at risk of foreclosure. About 14 million homeowners are currently underwater, owing more on their mortgages than the value of their houses. The total amount owed on underwater mortgage debt is $1.2 trillion.

The majority of these troubled homeowners are in this situation due to no fault of their own. Between 2006 and 2012, housing costs throughout the country fell by a third. Families have lost nearly $7 trillion in home equity.

The protesters' call for principal reduction is not a plea for charity, but it is an attempt to reverse the economy's free-fall. This would not only fix the foreclosure problem, but it would also add $71 billion to the economy each year and produce over one million jobs every year if mortgages were reset to market values of houses.

According to Tracy Van Slyke of the New Bottom Line coalition, DeMarco has been "the most significant roadblock to our country's economic recovery."

The White House has nominated Congressman Mel Watt, a veteran Democratic congressman from North Carolina who served on the financial services committee, as a permanent replacement for DeMarco. First elected in 1992, Watt has served on the financial services committee and was an active opponent of banks' predatory lending habits.

In 2010, Obama nominated Joseph Smith, a North Carolina banking regulator at the time, to replace DeMarco, but Republicans in the Senate blocked his confirmation. In order to keep DeMarco in his position, many Republicans — who have close ties to the banking sector and oppose policy reduction — are certain to attack Watt for his long-standing criticism of banks' unethical business practices.

US President Barack Obama has named former Cleveland Federal Reserve chairwoman Janet Yellen as the new head of the Federal Reserve, according to two sources familiar with the matter. Elizabeth Warren (D-MA), a long-time critic of the banking industry, praised Obama's selection and urged him to remove DeMarco from his position right away rather than waiting for the Senate to approve his replacement. "Under DeMarco's leadership, the FHFA has repeatedly — often with chilly disregard — refused to collaborate with families trying to save their houses," said Harvard bankruptcy law expert Elizabeth Warren.

What You Can Do To Protect Yourself

There are a number of things you can do to protect yourself in case things like this happen in the future, and you can bet that they probably will. One thing that can protect your assets is to invest in Gold, here are some frequently asked questions:

Can gold be held in an IRA?

The four precious metals that may be kept in an individual retirement account are gold, silver, platinum, and palladium. n... Other phrases such as "precious metal IRA," "silver IRA," "platinum IRA," or "palladium IRA" are also popular.

Can I buy gold with my Roth IRA?

Investors want to know if they can invest in a Roth IRA. Most IRAs restrict investors to equities, bonds, and mutual funds, but a self-directed gold-backed Roth IRA does not. You may own approved forms of coins and bullion (i.e., .9999 purity for coins) with a Self-directed Roth IRA.

Does fidelity have a gold fund?

The Fidelity Select Gold Portfolio is a gold-based stock fund that is part of Morningstar's equity precious metals category. Funds in this category usually invest in equities related to gold and other precious metals, such as mining, prospecting for, trading, or processing these metals.

How can I transfer my 401k to gold without penalty?

The simplest way to transition your existing 401(k) into Gold is to utilize a Precious metals broker-dealer as the Trustee for a self-directed IRA. After that, you ask your current 401(k) to send money to the new account.

Can I keep IRA gold at home?

Gold in your IRA is only payable to you if it is kept in an IRS-approved depository. You can't keep IRA-eligible gold at home or in a local security deposit box.

Should I buy gold now?

The present price of gold is very appealing to mid-term and long-term investors. As equities have risen dramatically, any downturn in the market might lead to increased demand for safe-haven assets like gold, which may assist silver to rise in this momentum.

Is it better to buy silver or gold?

Although both gold and silver have appealing characteristics, gold is the superior investment for the typical precious metals investor. Gold also has a lower volatility than silver. Silver, on the other hand, is more speculative and has a stronger link to national income.